So who owns this place?


Yesterday the Chinese economy slumped. Billions of Pounds, Dollars, Euros and Yuan were wiped off the values of companies and individual stock portfolios. Even Warren Buffett lost out. Crowds of conventional economists, Finance Ministers and journalists could be observed huddling together, quietly chanting “La la la, not listening, not listening, nothing to see here …”

All I thought was “Shit, another year of no payrise…”. Should I worry? How else, apart from a possible slump in demand, could this affect me? I have no shares, no real property to my name, so why am I bothered?

I do worry, because I have no way of knowing what the owners of my Hotel have invested in, or more importantly, how deep their Bankers and investors are in the shit.  On TV there is a big Sports Day in Bejing, but right now they are doing summersaults in Shanghai, and somebody might even be for the high jump…

If you stay in a Hotel, you probably know that the name above the door is a Brand. Somewhere deep down, we all accept how Branding works – a company owns a brand, and then licences that brand out to other, smaller companies. You know that Top Shop doesn’t own factories in Indonesia, that McDonalds Restaurants are mostly franchises, that Karrimor isn’t made in the UK anymore. Just so with that Hotel you have walked into.

The Worlds biggest Hotel chains long ago discovered the secret to growth lies in the McDonalds model – franchising rather than actual ownership - at all levels of the market, as well as Management contracts. This frees up a lot of money that would otherwise go on maintenance, equipment or wages for directly employed staff. Money that would of course be better spent on Marketing, Board Renumeration or shareholder dividends. 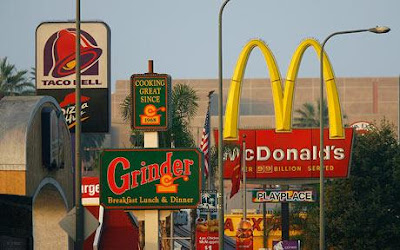 So, you enter the Hotel Lobby, cleaned by agency workers, go to your room (ditto), go to the restaurant or bar, possibly also agency staffed (your plates were cleaned by agency staff in the wash-up). The receptionist hands you the bill next morning  (now they probably are directly employed) – but your Bill has no reference to the actual owners of the Hotel, just the franchised brand they operate. Welcome to the outsourced and surreal world of Hospitality. For us too, our training will be Brand-specific, yet each month our paycheck comes from a different company. Some properties change Brand frequently – obviously the owners want a better (cheaper) deal, with HR norms that favour their interests even more, and access to maybe a bigger Marketing operation in specific markets. Some companies even operate franchises and management contracts with multiple Brands.

So who are we actually working for? How do we know exactly what to expect in pay and conditions?

Back in 2012, with the Olympics and an election looming, Boris Johnson needed a story to prove that the fun and games would directly benefit even the lowest paid Londoners. A senior executive of a worldwide Hotel operator stepped up to the plate and announced that by 2017 all workers in his company’s London Hotels would be paid The London Living Wage – see what a business friendly Mayor can deliver!!!! That company waited a little while, then sold its flagship in London, whilst retaining the management contract. It is not even 2017 yet but I guess those workers already know the small print – “sorry, but you are no longer our actual employees…”  His HR director pockets more than £1 million a year – money well spent I would say.

It is not just the big chains – smaller operators also have their secrets. One UK chain of luxury properties went bust three years ago when it was found that its charismatic head had fiddled the books by quoting increased property values for its Hotels as profits. Overnight hundreds of people didn’t know if they would be paid that month, and as suppliers pulled out staff were sent out to supermarkets to buy food and drink for functions with petty cash. A friend who worked in this company once told me “I should have got out when the manager told me that they didn’t care about the stock take results”.

Of course, everyone knows that with the Grand Luxury Hotels, the ones you have heard of, ownership is a very rich man’s game. Non-Doms, Sultans and assorted tycoons all have their vanity projects in London and around the world. In these cases the staff will pay their taxes, the owners – well, less so, sometimes even the Hotel will get away with tax avoidance.

Another set of owners are the big banks – one company I know that specialises in luxury, and is headed by a true Hotelier, can only say that it owns a fraction of its hotels – the rest being leased from the same bank that finances it. So if you are working away trying to pay down that mortgage or overdraft, chances are your ultimate boss is the same bank sending you those stern letters. Ironic no?

Another new blogger joins the fold...this time, a Bartender..

The dichotomy between craft and diplomacy, and the levels of pay and treatment – Part One by "Giovannino"

“Hell, you should be selling Bugattis!"*

I smile at what is a compliment from the group of off-duty business types around the table. That’s a new one, although being fairly good at this job, I do get compliments from guests: “Why aren’t you in charge?, “We’ve had so much fun!”, “You’ve made today so special…”

It is these comments that can make your day. Of course, there are other ones too, the worst being the perennial “I’m so glad we got the only English waiter…” or “We haven’t seen an English person all day…”

I usually try to keep it light, as shouting “Really? Define English you ignorant prick!” would probably not go down too well. “London is a world city” said with a smile, or “Well if they wanted the job, they would apply…” keep smiling, always keep smiling.

Working in Hotels Restaurants and Bars in London is like travelling the world without going through customs. Your guests come from every corner of the planet, with every religion, every creed, every positive and negative human trait exposed. You can easily build up a prejudice towards, say the Saudis who come in August, the vacationing Americans or the Russians who come to splurge around Christmas time. To be honest, after a few years your mind is either wide open or very closed indeed. And then there are your fellow workers …

“Bienvenuto alla Republica di Bar!” Welcome to the Republic of The Bar – that was my first introduction to working in London Five Stars. My new job was in one of the most prestigious Bars in one of the worlds most famous hotels, lets just call it The Splendide. I was the first Brit to work there in a decade, and, in the way of things, almost everyone else was Italian. I learned quickly how to count, order and swear like a Roman. I discovered the true art of making Coffee, I also found out the difference between Genova and Napoli, and how the accent of Palermo is different to Messina. My name was Italianised to Giovannino – little John.

All this for half what I had been earning outside London, just £8,000 a year. There was no service charge, but the tips, both cash and credit cards were phenomenal, and all administered with the Bar, with a clear points system, and HMG getting its percentage (tips are taxed as “unearned income” in the UK, although I have yet to find anyone from a Tax Office willing to swap jobs for a week…). Everything went into the pot, and at the end of the month we all came out alright. The first six months were very hard, as I adjusted to the levels of service and workload required, but I was truly learning a craft – although one that is at best still defined as “semi-skilled” by people who rate these things. 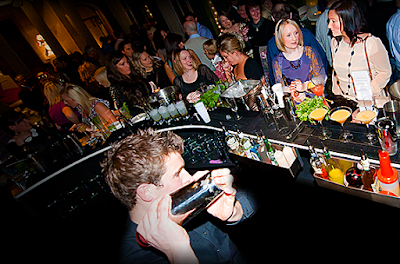 “Semi-skilled” my arse. Let me see you manage a station of twelve tables on a busy Thursday night, when you have a queue at the door, the Bar is four deep already and that Hen party has just ordered eight Mojitos. The German businessmen on table six are trying to buy a drink for the two ladies on table five, believing that they are escorts (they aren’t, and we don’t allow this, so I will have to inform the ladies, and also politely decline for them, leaving no hard feelings). A Hollywood star is sitting in the middle of this, and I would love to move him to an alcove, just so he gets some privacy, but the alcove won’t be free for at least ten minutes, and everybody wants it…

…We are heaving- with that glorious mix of young and old, of The City and Westminster, Old money, New money and Once in a Lifetime guests here for that special occasion – a Birthday, an Anniversary, or just because they can, just this once, know luxury. And EVERYONE should be treated as if they are the star. A famous writer scowls on as he drinks his Champagne with his Aristocratic writer wife – don’t worry, he always scowls, Mr Grumpy, both egalitarian and snob.

After what seems like a lifetime, but in reality is only three hours, we start to wind down. 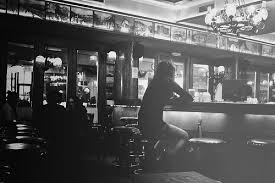 As we close the bar – mopping up, polishing, filling in the orders for tomorrow and cashing up, a tall distinguished gentleman walks in, looking for a nightcap. He is actually the Lord Chancellor, the highest most powerful legal official in the land. However he is not staying in the Hotel: “I am terribly sorry milord, but we can only serve Hotel residents at this time” with a smile “Ah, quite so…” 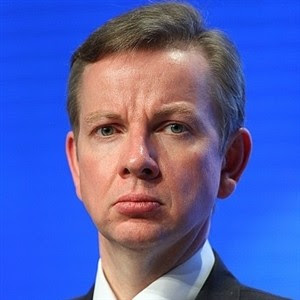 No Michael, no drink for you.

Or was it no drink for YOU Charles Falconer? 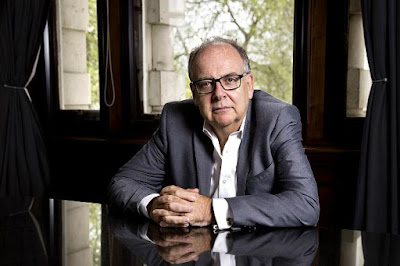 or was it you Lord Irvine, Blair's first employer and the initiator of the proliferation of Zero Hours Contracts in the UK? 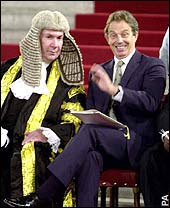 Either way, no special treatment when it comes to Hotel rules

This man once had lunch at The Ivy (so the rumour service has it), and had such a good time that at six in the evening he complained about the lack of food, and had to be reminded that he had eaten it already, four hours previously. Within two years, the licensing laws are relaxed. No skill was required at all this evening. You’re welcome.

The Republic of The Bar indeed…